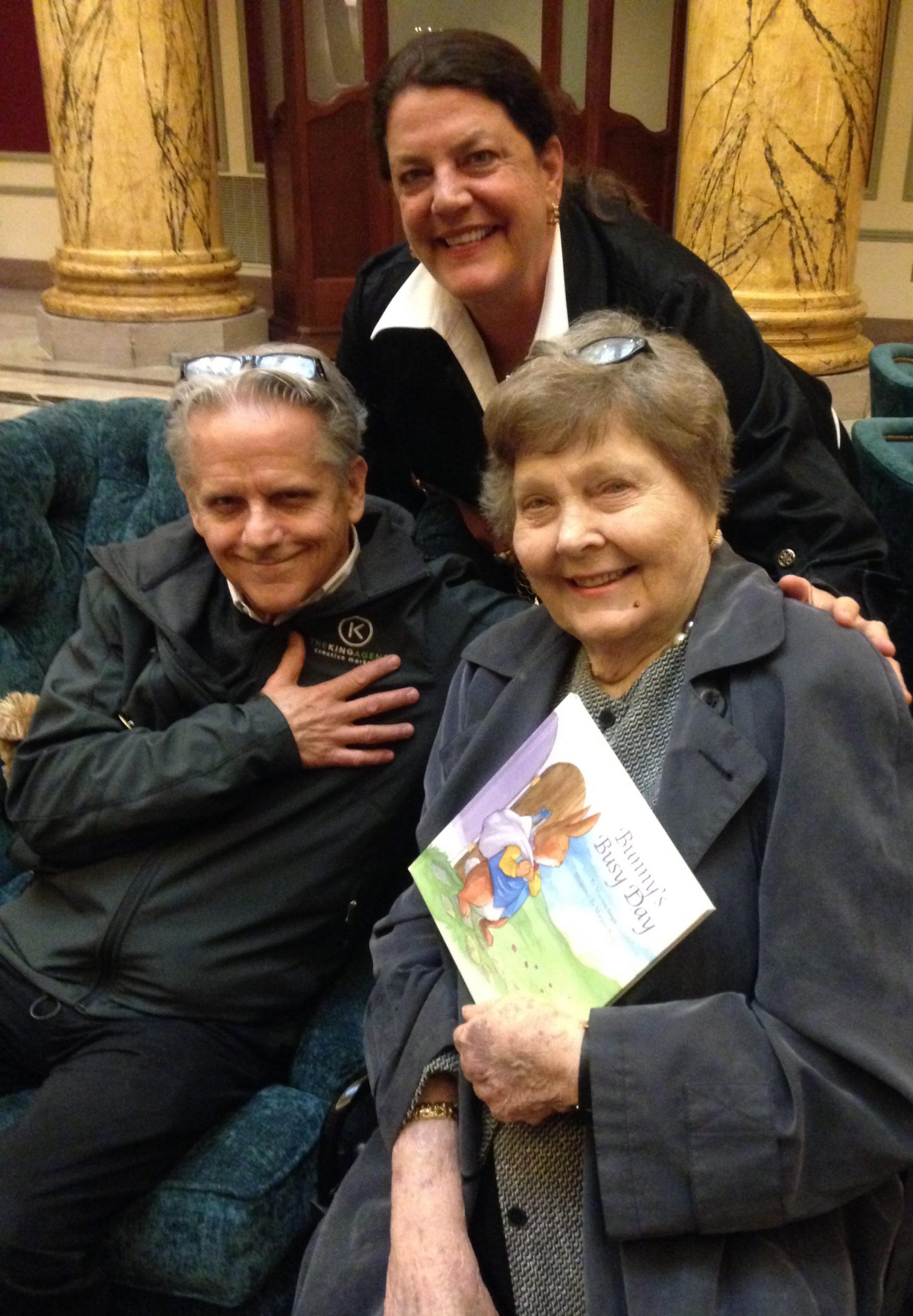 Surrounded by the opulent beauty of the Jefferson Hotel, I sat with author Marilyn Seigle. Almost immediately, we fell into easy conversation. As Marilyn regaled me with tales from her childhood in Kansas City to her shotgun wedding some years later, I found myself getting caught up in her life stories, almost as if I’d been there myself. You see, at 87 years young, Marilyn has lived an enviable life–a life full of laughter, love, and stories worth telling. At her core, Marilyn is a storyteller, and it doesn’t take more than an afternoon with her to see that. As her daughter, Sally, who joined in our conversation, put it, her mother “has wonderful stories that she tells very well.”

When I asked Marilyn how long ago she began writing stories, she knew right away, down to the year. It was 1955, about six months after her whirlwind wedding with army officer John Seigle. Before getting married, Marilyn and John had known each other for only three months and ended up planning their wedding in three days. According to Marilyn, “the rest was history,” and the two enjoyed forty years of marriage together. It was during that first year, though, that the realities inherent with military life began to set in for Marilyn. The two were living at Fort Knox, and John was away much of the time due to the demands of his military career. At the time, there was a hiring freeze on at the post, and Marilyn was unable to get a job. So, she picked up a pen and started writing poetry. Up until then, Marilyn said, “I didn’t even know I could write verse.”

Ever since, Marilyn has turned to writing in tough times and in good. She recounts a time when she was stuck on a broken-down subway train, which was an especially unfortunate situation, because she has combated claustrophobia for years. Marilyn said, “Any time I’m in a difficult situation, I can talk [or write] my way out of it,” and that’s just what she did. As she sat on the train, the lights flickering above her, she calmed her escalating nerves by taking out her pen and paper, and writing this verse:

Here I am, alas alack!
Sitting down here on the railroad track,
Where it’s dark and not so pretty,
In the bowels of New York City.
Surely wish someone would come
Fix this train and make it run…

As Marilyn casually rattled off the little poem she had written on that broken-down train, I sat completely delighted and totally amazed by her ability to remember those words she had written so many years ago. This was not the first (or the last) time during our conversation Marilyn broke out into verse, and somehow, each instance was even more endearing and hilarious than the last.

With so many entertaining poems and stories at her fingertips, it’s a wonder that Marilyn didn’t seek a publisher for her work earlier in life. Indeed, Marilyn became a published author at the age of 85, with the publication of her adorable children’s book, Bunny’s Busy Day in 2016. When I asked Marilyn what prompted her to seek out a publisher, she said that many people encouraged her. Of course, her family, especially her brother, urged her to get her work published, but she was always hesitant for fear of how difficult it might be. In the end, it was one of Marilyn’s closest friends and Brandylane author, Tansill Johnson, who finally convinced her. Marilyn said, “Tansill is the one who got me to you, and I’m forever grateful.”

When it came to choosing which story she wanted to submit for publication, and there were many to choose from, Marilyn said she picked Bunny’s Busy Day because she wrote it for her grandchildren nearly twenty-five years ago, and it’s a special one. The story follows the Easter Bunny as he prepares for Easter morning. Johnny and Andrea Bunny, named after Marilyn’s grandkids, must help the Easter Bunny fill baskets to the brim so that they’re ready to be delivered to children on Easter morning. A sweet and adorable tale, Bunny’s Busy Day has proven to be a holiday favorite.

Since the publication of her first children’s book in 2016, Marilyn has been inundated with requests from friends, family, even acquaintances, asking her to write poems for them. From get-well cards and thank-you notes to anniversary poems and birthday verses, Marilyn’s poetry has become quite the commodity. Marilyn is tickled every time she receives a request from someone, and she’s happy to oblige! But that’s not to say Marilyn hasn’t been busy with other writing endeavors—she’s been hard at work with us in publishing her second book, Boswell Bear Goes to School. Marilyn said she absolutely had to have another book published because “one is a fluke, but [publishing] two shows I’m a real author!” Boswell Bear Goes to School officially releases March 15, 2018.

To Marilyn’s extreme delight, during our conversation we were joined by Robert Pruett, founder and president of Brandylane Publishers. It was at this point that any semblance of formality in our conversation melted away. When Marilyn saw him, she exclaimed, “You’re one of my favorite people!” and Marilyn, Sally, and Robert commenced to chatting like old friends, despite this being the first time they’d met in person.

The conversation became a blend of one story after another. Robert talked with Marilyn and Sally about his career as a teacher, road trips gone wrong, his time living in the Northern Neck, and how Brandylane came to be. Marilyn, with hilarious interjections from Sally, talked about experiences living abroad in Germany and Belgium, a p-p-peachy trip to Turkey, and summers in Italy. The three of them chatted about everything from friends, family, health, and books, to the phases of life. All the while, I laughed along with them, happily listening to each story they shared.

As the conversation came to a close, and we began saying our goodbyes, it struck me just how special it is to be in a room full of storytellers. It’s a unique privilege to be able to listen to stories that become even more special in the telling, and I feel privileged to have shared this story of the first time I met the witty, effervescent, and exceedingly endearing Marilyn Seigle.