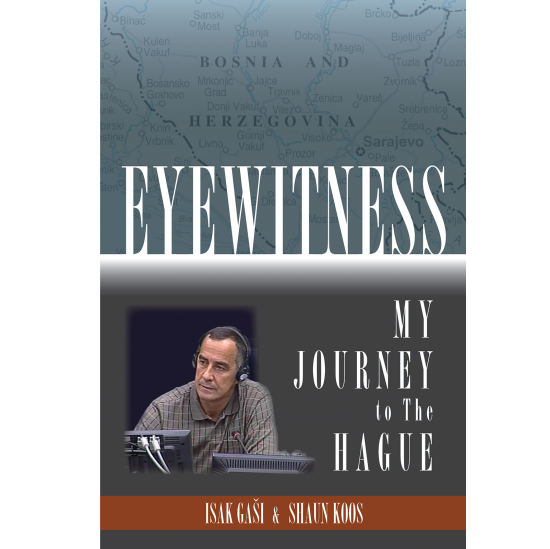 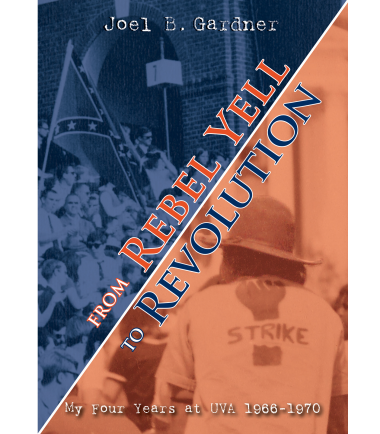 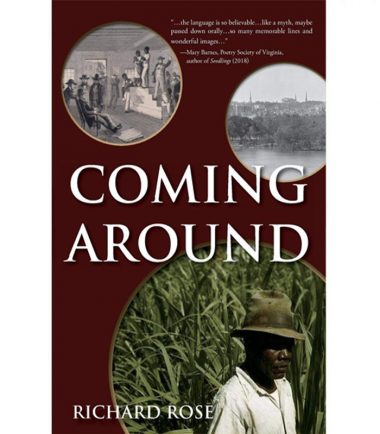 Before April of 1992, Isak Gaši was a world-class athlete and community leader, content to live a quiet life with his wife and infant daughter in the Bosnian city of Brčko. He never could have dreamed that within just a few short years, he would come face to face with Serbian President Slobodan Milošević and others indicted for war crimes, as a lead prosecution witness at the International Criminal Trials for the Former Yugoslavia.

Eyewitness is an accessible history that joins the personal story of a man who was close to the action with the war’s broader historical and political contexts. In a world still challenged by ethnic violence and refugee response, this story of justice, forgiveness, and truth will resonate with readers for many years to come. 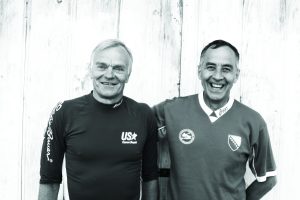 Isak Gaši is a former world-class canoeist who represented Yugoslavia internationally for more than a decade. His Bosnian War experiences propelled him into a prominent and ongoing role as a witness for the prosecution at The Hague tribunal. He has lived in the United States for the past sixteen years, working in a technical field. A devoted husband and father, he still canoes regularly, finding deep satisfaction in the interplay between a boat, a paddle, and the Columbia River’s eternal flow.

Shaun Koos is a retired hospital executive who grew up in Minneapolis, Minnesota. After graduating magna cum laude from Carleton College, he earned a graduate degree from the University of Washington. He rowed in UW’s graduate program, feeling some connection to the school’s storied history and the boys in its 1936 boat. Shaun is a former member of the US canoe and kayak team, and the former Secretary of USA Canoe/Kayak. It was through canoeing that he met Isak Gaši. His primary interests as a writer are in historical biography and in exploring the motivations, mindsets, and actions of individuals who confront and surmount great challenges.

“This powerful personal story of an extraordinary individual who survived imprisonment and torture during the war in Bosnia in the 1990s, and then became one of the most important prosecution witnesses against Serb war criminals for the International Criminal Tribunal for the former Yugoslavia, deserves to be widely read.”

“The story of Isak Gaši is at the same time horribly ordinary and incredibly extraordinary. His experience of having his everyday existence in Yugoslavia and Bosnia interrupted by war—being arrested, viciously beaten, and becoming a refugee—is all too ordinary, and is a fate shared by hundreds of thousands of other people. Yet his story as an elite athlete; and the manner in which he was, with his wife’s courageous intervention, rescued from near certain death; and how he bravely went on to testify in some of the most

important war crimes trials at the UN’s International Criminal Tribunal in The Hague, makes his story extraordinarily compelling. As such, this book richly deserves to be read widely by both the general public and by those readers particularly interested in the collapse of Yugoslavia and the ensuing wars of the 1990s.”

“Eyewitness is captivating for a number of reasons. The story is well told. It’s history up close and personal. . . . What’s provocative and riveting, however, is the horrific struggle between good and evil that transcends Luka, Bosnia, and Yugoslavia, and mirrors what’s inside us all.”

“A generation after the Bosnian War brought the horrors of ethnic cleansing to the world’s attention, toxic forms of nationalism, race hatred, and fearmongering flourish again. Isak Gaši’s unblinking, firsthand

account of what happened in the early 1990s in his native Bosnia stands as a warning to what could happen in any nation today. That a society priding itself as a model of cosmopolitan harmony between Serbs, Croats, Muslims, and Jews and hosting the 1984 Winter Olympics as a showcase of positive pluralism would soon be engulfed in ethnic turmoil and bloodshed remains a sobering lesson that this courageous survivor keeps alive for the present. Gaši’s compelling on-the-ground report of long-buried animosities erupting into irrational fury and ethnic cleansing is essential reading to understand similar problems that grip the world today. ‘I see Yugoslavia’s experience as a cautionary tale; it is my reason for telling this story,’ he writes. ‘What happened to us can happen elsewhere. Unless societies are

vigilant, there is no such thing as ‘Never again.’

A central message of this important book is that we must never forget, but we must also learn how to forgive. It is to Mr. Gaši’s everlasting credit that after surviving torture, witnessing mass murder, and testifying about these crimes, he has sought reconciliation rather than revenge. After walking eye-deep in hell and coming through to the other side, he has chosen to do everything possible to end the cycle of hate. Toward the end of his book, Gaši recounts a Cherokee story about the battle that takes place inside

all of us between an Evil Wolf full of anger, envy, arrogance, resentment, false pride, and superiority, and a Good Wolf filled with joy, humility, kindness, empathy, generosity, and truth. When a child asks the storyteller, ‘Which wolf wins?’ he replies, ‘The one you feed.’ Isak Gaši’s indispensable narrative is ultimately an inspiring account of survival, remembrance, and constructive forgiveness, of how one man walked through hell, came out the other side and learned to nourish the Good Wolf that lives in all of us.”

“Eyewitness: My Journey to The Hague is a work of courage, pure and simple. It is a heroic testament for our time of Isak Gaši’s will to survive and to tell the truth about the genocide, crimes against humanity, and other war crimes committed against Bosnian Muslims and other non-Serbs in Bosnia and Herzegovina, 1992-1995.

In this book, Isak Gaši provides a riveting eyewitness account of his survival of imprisonment and torture in the infamous Luka prison camp in Brčko, in Bosnia and Herzegovina in 1992. After his release to Belgrade—where his wife and infant daughter had already sought refuge with an old friend and teammate from the Yugoslav national canoe and kayak team—he fled with his family to Macedonia, where he was hunted by the Serbian State Security apparatus. Ultimately, the family found asylum as refugees in Denmark.

What his torturers did not count on was the Isak Gaši would become a star witness for a number of the most prominent trials at the International Criminal Tribunal for the former Yugoslavia. His uncanny ability to remember and recount the details about his imprisonment, his own torture as well as the inhumane treatment and murder of his fellow inmates, was crucial for the success of the prosecutions. Prior to and during his incarceration, Gaši witnessed summary executions, and he was also part of a ‘work detail’ that was forced to cast the bodies of the murdered victims into the Sava River. Isak Gaši’s expert testimony was able to establish ‘that there was a similar pattern between the atrocities in Luka and those at Omarska and that it was part of a widespread, systematic campaign against Bosnia’s non-Serb population.’

A former world-class athlete who competed internationally for Yugoslavia in the kayak, and who came from an extended multi-ethnic family, Isak Gaši was deeply troubled that ultranationalist Serbian politicians such as Slobodan Milošević, Radovan Karađžić and Momčilo Krajišnik, sought to destroy

Yugoslavia as well the multi-ethnic Republic of Bosnia and Herzegovina through the creation of an ethnically homogeneous ‘Greater Serbia. His anger in the face of the tragic atrocities committed in the name of Serbian ultranationalism was one of the factors that motivated him to testify in the trials.

It is indeed remarkable that Isak Gaši was an eyewitness to history as he managed to be present, on the scene, at a number of the ultranationalist and hateful speeches that caused Serb aggression to be launched against the non-Serbs in Bosnia. He was present, for example, at Milošević’s infamous speech at Kosovo Polje, June 28, 1989, and also attended a speech by Radovan Karadžić in Brčko. He knew that their stories of Serb victimization and their demonization of Bosnian Muslims as ‘Turks’ portended disaster for the region.

On one occasion, while he was a prisoner in Luka, Isak Gaši was battered and kicked unconscious by several men. On another occasion, he was threatened at knifepoint with dismemberment. Somehow, he had the inner strength to remain calm so as not to incite additional punishment that would have been fatal. He remained calm in the hope that he would survive. And he remained calm in the hope that he would see again his wife Jasminka and his infant daughter, Adna. When he was finally released and reunited with his family, he realized he had a moral obligation to speak for those who could not speak, to speak for those who had been murdered, so as to bring the perpetrators to justice. He was inspired, no doubt, by the spirit of another witness, namely, Elie Wiesel, who wrote that “to forget the dead would be akin to killing them a second time.” Isak Gaši would not let the victims be forgotten, and like many Bosnians of his generation, he kept his heart open to the hope that telling the truth about the war crimes would lead to justice. But Isak was one of the few who actually had the opportunity to give decisive testimony in the trials of Krajišnik, Karadžić, Miloševic, Šešelj and Tadić at the ICTY. He had the courage to testify, even though one of the defendants, Vojislav Šešelj, attempted to intimidate him. It did not work.

Isak Gaši is honest about the psychological toll that resulted from his testimony. He shares that he suffered increased anxiety and that his nightmares returned. But his courage enabled him to return to The Hague and to continue to bear witness in successive trials. Now that same courage and that same heroic persistence have enabled him to re-tell his entire story so that we may also bear witness to the truth of the genocide and other war crimes committed in Bosnia 1992–1995.”

“A chilling personal account of the atrocities committed by the Serbians during the 1992–1995 Bosnian War as experienced by Gaši and told by debut author Koos. The history of Yugoslavia, created after World War I, is complicated. In the early 1990s, it broke apart into separate republics: Slovenia, Croatia, Bosnia, Serbia, Montenegro, and Macedonia. Beyond that, there was a mélange of ethnicities and religions within each of the Republics. Gaši, who has always thought of himself as Yugoslavian, is the

son of an ethnic Albanian and a Bosnian Muslim. His wife is the daughter of a Croatian Catholic and a Bosnian Muslim. When the Soviet Bloc crumbled, the individual republics vied for independence. This is the story of the Serbian attempt to take over Bosnia, an endeavor enthusiastically supported by the Bosnian Serbs, which led to horrific violence among neighbors. Gaši’s hometown was Brcko, next to the Sava River, which was the border between Bosnia and Croatia. It was also the site of a warehouse

converted into the dreaded Luka prison, a torture chamber in which Gaši spent three weeks and was put on the Black List, scheduled for execution. After his release, he spent the next two-plus decades working to bring attention to the ethnic cleansing perpetrated by the Serbians and to testifying in the war crimes tribunals at The Hague.

Readers not already familiar with the history should expect to get lost periodically in the weeds of geographic details and hard-to-pronounce names (although plenty of reference sources are provided), but this careful attention to specifics, and the precision with which he recalls the unspeakably brutal events he endured or observed, is exactly what has made Gaši such a good witness. A reportorial tone makes the gruesome tale even more powerful: ‘Looking . . . into the hotel parking lot, I saw a dumpster. It was filled to overflowing with corpses. Three more bodies lay on the pavement beside the dumpster.’