Home›Memoir›Sister Cities: A Story of Friendship Between Virginia and Mali 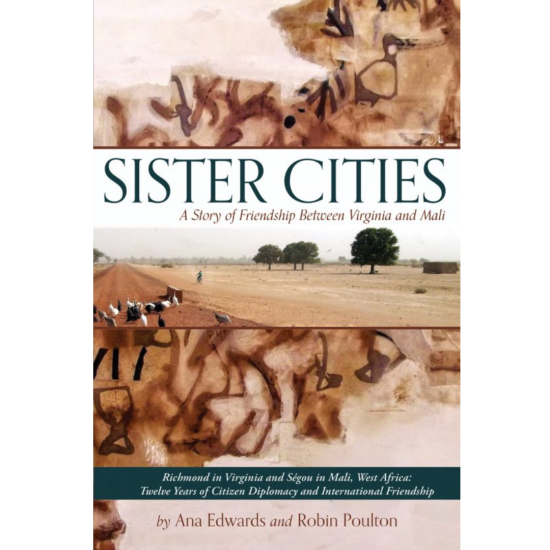 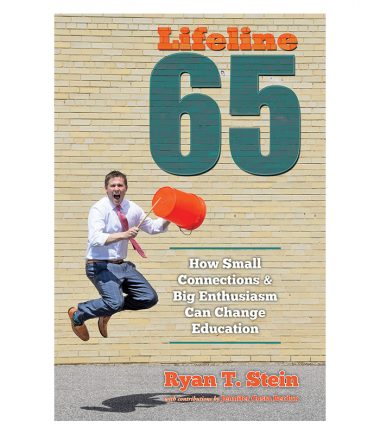 Lifeline 65: How Small Connections and Big Enthusiasm Can Change Education $15.95 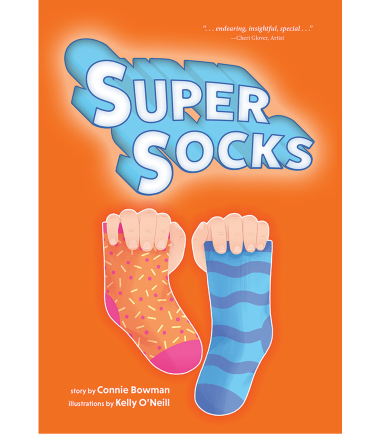 by Ana Edwards and Robin Poulton

Most early African Virginians came from the lands of the medieval Empire of Mali, founded by the original Lion King. Since the first Africans arrived in 1619, Virginia’s history has been linked to Africa and to Mali. Virginia’s culture is filled with West African music, food, and other influences—including slavery and colonial domination. Both cities have a victims’ cemetery.

Ana Edwards, artist and educator, is a founder of Virginia Friends of Mali and of the sister city program between Richmond and Ségou, Mali’s second city, which she has visited many times. She is chair of the Sacred Ground Historical Reclamation Project, which promotes the story of Gabriel’s Rebellion and aims to reclaim Richmond’s historic eighteenth-century African burial ground. 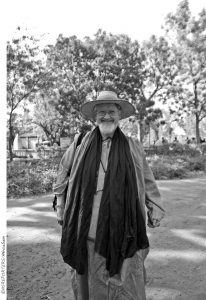 Dr. Robin Poulton raised his children in Mali. When his wife, Michelle, moved to Richmond as vice president of ChildFund, Robin taught university students about Africa, the Middle East, and terrorism. He also taught third-grade students and teachers about the medieval Empire of Mali, which was founded by the Lion King. His teaching led Mali’s prime minister to visit Richmond with the invitation to become Ségou’s sister city.

“The sister cities partnership between Richmond and Ségou began with MUSIC! We founded Ségou’s Festival of the Niger River at around the same time that the National Council for Traditional Arts in Washington DC founded what became the Richmond Folk Festival, which I have attended several times beside the James River. The Ségou Festival gave birth to the Centre Culturel Kôrè to promote the arts, while the Richmond Festival gave birth to Virginia Friends of Mali (VFoM) and the sister cities.

“By writing Sister Cities, Ana and Robin have borne witness to the story of our collaborative work. Our festivals have huge budgets, but they exist only thanks to the efforts of volunteers. The work of hundreds of people in Ségou and in Richmond is celebrated in this new book, which I endorse with pleasure and recommend without reservation. Sister Cities is a tribute to international peace building through culture, generosity, and voluntarism. Sister Cities tells a story of development and friendship-building, and adds an important insight to the literature of peace and culture and citizen diplomacy. This is a must-read book for every student of international affairs. I hope that we will be able to encourage the production of a version in French. Thank you, Ana and Robin, for your work and for your witness!”

-Mamou Daffe, founder of the Ségou Festival, director of the Centre Culturel Kôrè

“I am very happy to be able to give my support to Sister Cities, which I welcome enthusiastically. Imagined and written by two great friends of Ségou and of Mali, the book makes a significant contribution to Mali’s development and to the expansion and understanding of civil society. Ana Edwards and Robin Poulton (known in Mali as ‘Macky Tall’) are among the founders of Virginia Friends of Mali and the Ségou-Richmond sister city relationship. The ten years of sister cities friendship described in this wonderful book are rich with great stories. I have been working for the past twenty-eight years between the two cultures of Mali and America. The new book Sister Cities reveals the complexities on cross-cultural partnerships, and explains how to overcome the obstacles. This exceptional book will become required reading for every student, every development agent, and every African diplomat. Good reading!”

“I would like to congratulate Ana Edwards and Robin Poulton on writing Sister Cities, that begins with a Forward by the Vice-President of Sister Cities International. The authors describe ten years of spectacular sister cities friendship-building between the river-cities Richmond, Virginia and Ségou in Mali. Richmond has half a dozen sister cities, but none has brought the common histories of our two cities to life in a more dramatic manner than Ségou, nor produced so much action and inter-action, so much education and excitement. This very readable book tells a wonderful story filled with great anecdotes and even greater people. It is valuable for every teacher of African culture and international relations. Anyone who reads this fascinating book will want to create their own sister cities adventure.”

“As president of the Association of Malians living in the Washington DC area, it is a great pleasure for me to congratulate the authors, and the 501.c.3. association Virginia Friends of Mali, on producing this exciting book, Sister Cities, about the developing relationships and increasing friendships between the cities of Richmond, Virginia and Ségou in Mali. The concept of town-twinning, or jumelage in the French language, developed after the terrible desecration of the second World War. It really was a ‘world’ war: there are plenty of Malian military cemeteries in France that attest to the numbers of my fellow countrymen who died fighting fascism. President Eisenhower, the top allied general, believed that ‘citizen diplomacy’ would help people to know one another and make them less inclined to kill each other. When he became the American president, he created Sister Cities International.

“The Richmond-Ségou partnership is a perfect example of sister cities and citizen diplomacy at work. At least forty Virginians have visited Ségou, and at least as many Malians have visited Richmond. We play music at each other’s festivals; we visit each other’s schools and clinics; we promote links between businesses; we teach and learn about the many cultural commonalities that join Virginia and Mali: the food and the faces, the music and shared our joint history of colonialism and slavery. Ana Edwards and Robin Poulton describe all of these shared African and American experiences in Sister Cities. They describe health and education projects in Ségou, and their exciting Teaching Timbuktu program in Richmond. The authors show us a positive picture of citizen diplomacy and friendship-building, filling their book with interesting stories and lessons learned, but without covering up the problems or hiding contradictions. This is an important book about America and about development issues in West Africa. Sister Cities contains many cultural lessons and introduces important historical debates. Sister Cities should become a major source book for African Studies courses, for African American Studies, and for Schools of Diplomacy. I recommend it most strongly.”

-Mr. Issa Sangare, president of the Association of Malians (AMAW) in Washington DC

“As Mayor of Ségou, I congratulate the authors on their excellent book. Sister Cities does a wonderful job of presenting great stories, as well as the fascinating personalities involved in the Richmond-Ségou twinning experiences over the past ten or twelve years, including the many projects that our two cities have completed together. As examples of joint success stories, I must mention: medical and scientific research projects partnering experts from Ségou and Richmond who have worked particularly on AIDS; the improvement of medical facilities in Ségou, with hospital equipment and the construction of a maternity ward and a laboratory for medical analyses; building latrines to improve our city’s hygiene; educational campaigns that teach the people of Richmond about the many things that Malians have imported to America since the 1600s, including the discovery of our craft products, cooking, arts, music; English and French language internet teaching for Ségoviens and for Richmonders; our cultural exchanges through our two great annual Folk Festivals for music and craft; our personal visits and the development of strong and sincere friendships between Segoviens and many citizens of Richmond. The work has begun so well; let the partnership continue!

“I am very happy to recommend readers to the important new book Sister Cities, which recounts the story of our Richmond-Ségou adventure. As the Bamako Representative of Virginia Friends of Mali, I have been involved in every step along the path of friendship between our two cities, our countries, our two civilizations. There is no ‘clash’ of civilizations: that is a piece of propaganda meant to divide people. Sister Cities proves my point, for this is a story about uniting people, about building peace and security through ‘citizen diplomacy,’ just as President Eisenhower imagined his sister city program would work. The book is an excellent introduction to citizen diplomacy, decentralized international development, civil society empowerment, women’s empowerment, and the way in which the world can really work well if men and women of every background pull together. Every teacher and every student should study Ana’s and Robin’s book, Sister Cities. This is a model story of cooperation and peace building, and will be valuable for travelers and for students and researchers. Read it!”

-Mr. Kalifa Touré, economics and finance professor at the University of Bamako

“Americans need to learn about Africa, and Sister Cities will teach them. Written by a black American and a white West African, both educators and civil society leaders, Sister Cities tells the story of the Mali Empire in West Africa (founded in 1235 by the Lion King) illustrated by health projects and contemporary cultural exchanges between the people of Richmond, Virginia and Ségou, second city of Mali. West Africans helped build the USA. Many of the earliest African slaves, who came to America in the most horrendous circumstances, were from Mali. Most American music was originally Malian music. Southern cooking was Malian food. Southern houses have porches because West African houses have verandas. We learn these facts in this readable book filled with colorful people. Malians discover the music, museums, and universities of Richmond, while Virginians dance at Ségou’s famous Festival of the Niger River. In both cities, the mayors place urban poverty at the top of their agenda: their school and health problems are different, but equally urgent. Sister city partnerships build ‘citizen diplomacy,’ a pathway to international friendship and cooperation. Every diplomat, every aid worker should read this sister cities story. I congratulate the authors on their exciting book, filled with real stories about Ségou and Richmond—long may their partnership continue!”

The Chief and I

by Bill Sizemore $18.95
Compare
Wishlist
Back to Top