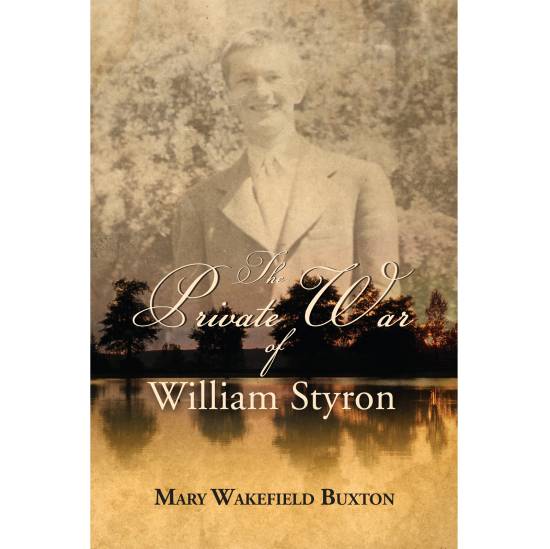 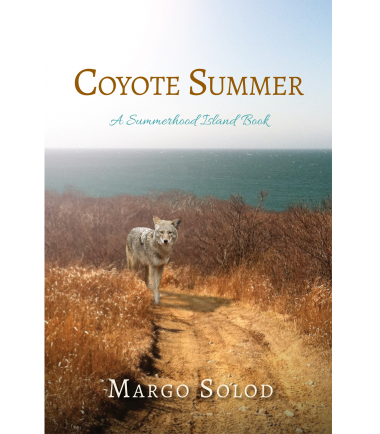 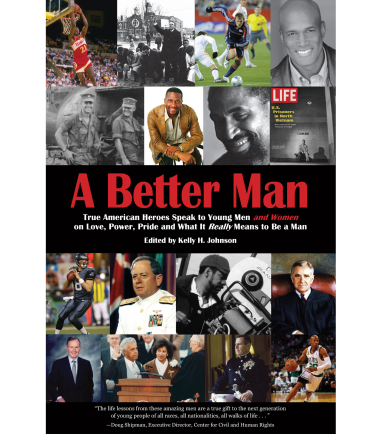 A Better Man: True American Heroes Speak to Young Men and Women on Love, Power, Pride, and What It Really Means to Be a Man (2nd Ed.) $25.95

Returning to his childhood home in Virginia for the funeral of his stepmother, Elizabeth Buxton Styron, acclaimed writer William Styron finds himself plunged into boyhood reminiscence. He is “Billy” again, fourteen and heartbroken, with a mother recently passed from cancer and a grieving father who has fallen in love with the head nurse at the local hospital. The impending marriage terrifies Billy, who finds his new stepmother’s strict worldview stifling to his creativity, his joy, and his hopes for the future.

Driven by Elizabeth’s desire for him to become a doctor, Billy is sent to Christchurch boarding school, where he finds himself drawn more to writing than to sport, or anything else deemed appropriate for a man of good Southern breeding. Desperate to build a life on his own terms, the young Styron turns to fantasy and alcohol. He emerges a painfully burdened man, hounded by “the black dog” of depression from which he would never fully escape, and gifted with a foundation of moral sense that would inspire all of his later writing.

This is the story of the war Billy fought against the cruelty of circumstance, for the prize of his own soul and future—before he became Pulitzer Prize-winning author William Styron, gaining international recognition for his novel Sophie’s Choice.

Married into the family at a young age, Mary Wakefield Buxton, “the Ohio bride,” writes of her  mentor and cousin’s coming of age with a sympathetic spirit but an objective eye, deftly revealing the complicated psyche of a man tormented by demons of and outside of his own making, and the beauty of the Tidewater region that birthed him.

Mary Wakefield Buxton was born in Vermilion, Ohio, attended Randolph-Macon Woman’s College, graduated from the College of William and Mary, and earned a master’s degree from the George Washington University. She has written a column for the Southside Sentinel newspaper in Middlesex County since 1984 and is the author of eleven previous books about love and life in Virginia. This is her first novel. She is the mother of two adult children and lives in Urbanna, Virginia, with her husband, Chip, and her cocker spaniel, Dandy.

“Mary Wakefield Buxton has revealed the true essence of the life of Pulitzer Prize-winning author William Styron in her new book, The Private War of William Styron. Because of Buxton’s close relationship to Styron, she uncovers truths we might otherwise never have known.” —Tom Hardin, editor, Southside Sentinel

“Fans and scholars of the work of Pulitzer Prize-winner William Styron will find intensity and insight in this fictional approach to the author’s art and anguish. ‘Could a woman writer dare to get into the mind of a male writer? Could a woman tell a man’s story?’ Buxton asks. Her answer: yes, she can.” —Bill Ruehlmann, book reviewer, the Virginian Pilot and Norfolk Ledger Star

“Mary Wakefield Buxton describes perfectly in her book The Private War of William Styron the universal struggle of that rare, non-conforming and artistic soul who must insist on following his or her own path in life, totally disregarding flak from the common herd along the way. A magnificent read from a gifted writer.” —John Selby Spong, former rector of St. Paul’s Episcopal Church, Richmond, Virginia, and author of The Fourth Gospel: Tales of a Jewish Mystic

“[Buxton] provides a mission as sentry, alert to the inconsistencies, prejudices, and paradoxes in life. No one, as poet Wordsworth said of a host of daffodils, could be but gay in such jocund company.” —Guy Friddel, Richmond News Leader, Norfolk Ledger Star

“This writer pokes fun and criticism at southern genteel . . . [she is] the insightful and purposeful scribbler of an enlightened pen.” —Werner Saemmler Hindriches, Fredericksburg citiLimits

“I call her iconoclastic. She writes strong stuff.” —Parke Rouse, the Daily Press

“William Styron once said, “…But of all the schools I attended…only Christchurch ever commanded something more than mere respect—which is to say, my true and abiding affection.” Mary Buxton masterfully brings to life the early years of one of Christchurch School’s favorite sons and most distinguished alumni. The Private War of William Styron adds new research and a fresh perspective to understanding this complicated genius.” —John E. “JEB” Byers, Headmaster, Christchurch School

by Larry Holcombe $16.95
Compare
Wishlist
Back to Top